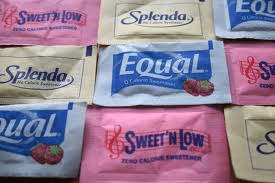 Tasting a food for sweetness isn’t anything new.  Man first learned how to eat based on his sense of sweetness.  Something sweet was to be eaten.  Something bitter could be toxic.  Sugar is one of the most important flavoring substances.  It provides a sweet taste and provides a boost of energy.  Partaking in too many sweets has even lovingly been nicknamed having a “sweet tooth”.  However, too much sugar has led to obesity, tooth decay, and diabetes among other health issues.

Where we went so wrong

Alternatives were developed during the 1950s and 60s when low calorie foods were first introduced for those looking to lose weight.  Artificial sweeteners provided the sweetness that sugar had, but without all the calories.  Slick marketing of products containing aspartame by giants in the food industry could be giving you a false sense of security.  People believe if they consume less overall calories they will lose weight.

Well you couldn’t be more mistaken. 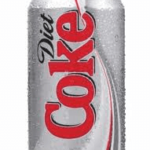 Obesity rates in this country have SORED in the last 15 years.  Diet products are a multi billion dollar business purchased by consumers fooled by the great marketing of food manufacturers that they are ‘better’ for you than the products containing sugar.  As a matter of fact diet soda has now beaten Pepsi to become the 2nd most popular drink in the United States (1).

Americans consume close to 50 billion liters of soda a year!!!  Sales of alternative sweeteners are at $1.1 billion, according to a May report from the Ohio-based market research firm Freedonia Group.  And demand is projected to grow 3.4 percent annually through 2013, the report shows.

Foods that typically contain artificial sweeteners are diet, low calorie and light products.  Extreme consumption of any single food can result in medical issues.  Diet soda should never be a replacement for water.  But because diet soda contains such few calories people can drink too many not realizing the amount of artificial chemicals they are ingesting.

Was aspartame ever proven safe for human consumption before it gained FDA approval as a food additive?  Not according to Dr. John Olney, a researcher at Washington University in Saint Louis who first began studying aspartame in 1970.  Dr. Olhney believes aspartame should not be on the market today “because it hasn’t been demonstrated to be safe.” Also in agreement with Dr. Olney are the FDA’s own investigations into the chemical fro

Dr. Sears who is a well respected pediatrician states on his website, “Even though the U.S. Food and Drug Administration (FDA) has granted artificial sweeteners the status of “generally regarded as safe” (GRAS), I came across several controversial findings” and feels they should be avoided, especially for children.

Where they are hiding:

It isn’t just diet sodas that contain artificial sweeteners though.  The best part of marketing and manufacturing food is their ingenious ways of coming up with new words so we won’t recognize what we’re eating.  Look for artificial sweeteners to be hiding in your foods under the names sorbitol, mannitol, erythirol.   They are all along store shelves in:

They can even be found in Crystal Light and Minute Maid’s Light orange juice.  Some cereals like Fiber One have aspartame and Dannon’s Light and Fit yogurt contains sucrose.

Artificial sweeteners have been a source of controversy for decades.  According to PureHealthMD, Doctors see an overall improvement in patients health when giving up these sweeteners.  Nearly all lose weight, in addition to improvements with heart palpitations, and headaches.   Study after study has been done that show sweeteners interfere with our energy regulation (2).   In a test, rats that were given saccharin reduced the rats association between taste and calories, causing them to overeat and gain weight.

A study in San Antonio on 5,000 adults over a 7 year period showed a definite positive correlation between the use of 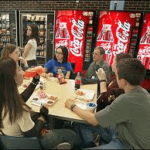 But despite the studies Americans are convinced if they save calories they will lose weight.  What’s the most shocking piece of research I discovered (and since my kids are still in elementary school, I wouldn’t know) but school boards and soft drink manufacturers decided in 2006 to only sell diet soft drinks in American High Schools. (3)

This was a knee jerk reaction from pressure of advocates with regards to the childhood obesity rates.  Imagine all our kids ONLY being offered products to drink that contain artificial chemicals!!!!  This is an answer to kids obesity?  Giving them DIET soda as a choice??

There is a lot of controversy surrounding the use of artificial sweeteners and their risks.  The problem is there are estimates that over 90% of the food Americans buy is processed !!!  That’s not a small quantity, that’s a mind blowing quantity of our daily, monthly and yearly food consumption.  90%!!!   If Americans ate a diet that primarily consists of real whole foods we wouldn’t have the obesity epidemic we are facing now.  We wouldn’t NEED the chemists in the white coats conjuring up the next artificial solutions to the weight problem in this country!

We are not going to solve this country’s obesity crisis in another man made artificial sweetener.

We need to start educating people on what’s in the packaged foods they are consuming!  While people are turning to these ‘low calorie’ or ‘light’ foods to cut back on calories, they are consuming alternatives that contain artificial sweeteners (among other chemicals).  That is not a long term answer and what health costs will American pay down the line?