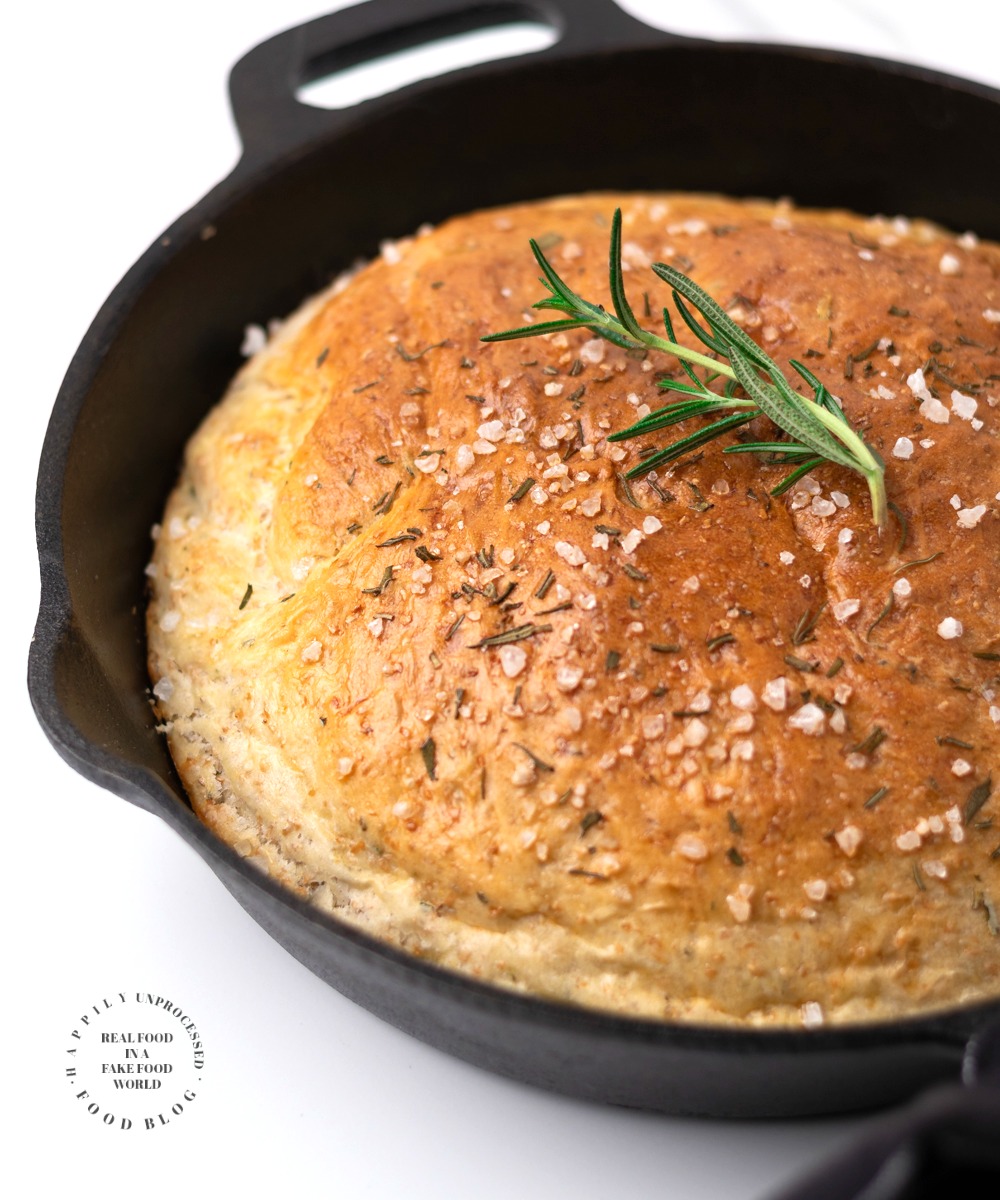 Bread has gotten a very bad rap these last few years.  You can blame whomever you want, the media, gluten sensitivity, low carb watchers, or the flavorless mass produced enriched white bread that goes stale in our pantries.

The fact is, bread was never meant to rise within minutes and then be baked in massive quantities, shipped to stores and sit on shelves for weeks on end.

Bread has been a part of human life since the Ancient Egyptians. For many of us, bread is like getting a big bear hug.  It is comforting.  It’s good for you when used in moderation and as a part of balanced diet. Consider altering your bread choices rather than cutting it completely out of your diet.

If you are not well versed in making bread at home, let me be the first to say that this rosemary skillet bread is a great place to start due to its very forgiving nature.

WHAT DO I NEED TO MAKE MY OWN BREAD? 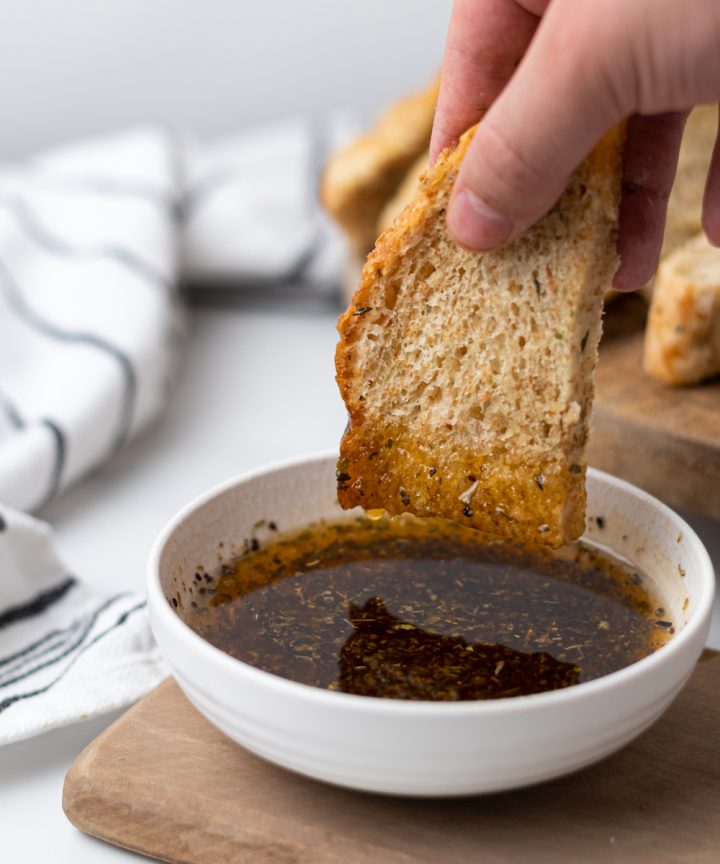 HOW TO MAKE SKILLET ROSEMARY BREAD:

If you are unsure about anything we are describing, we did a tutorial video to show you just how easy it really is to make this bread. 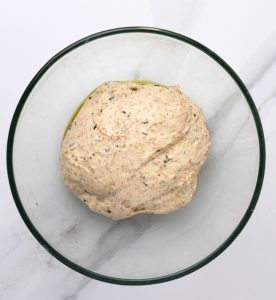 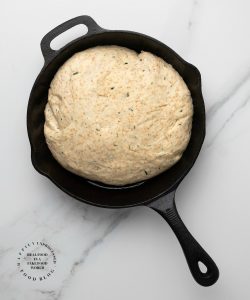 Then all there is left to do is brush it with an egg wash and bake it for 20-25 minutes.  You will end up with the freshest most flavorful bread.

I promise you this is not hard.  There is nothing like making fresh bread to mop up all that delicious gravy from your Beef Stew dinner or to use for sandwiches.  This skillet bread even makes a piping hot bowl of soup eat like a meal. 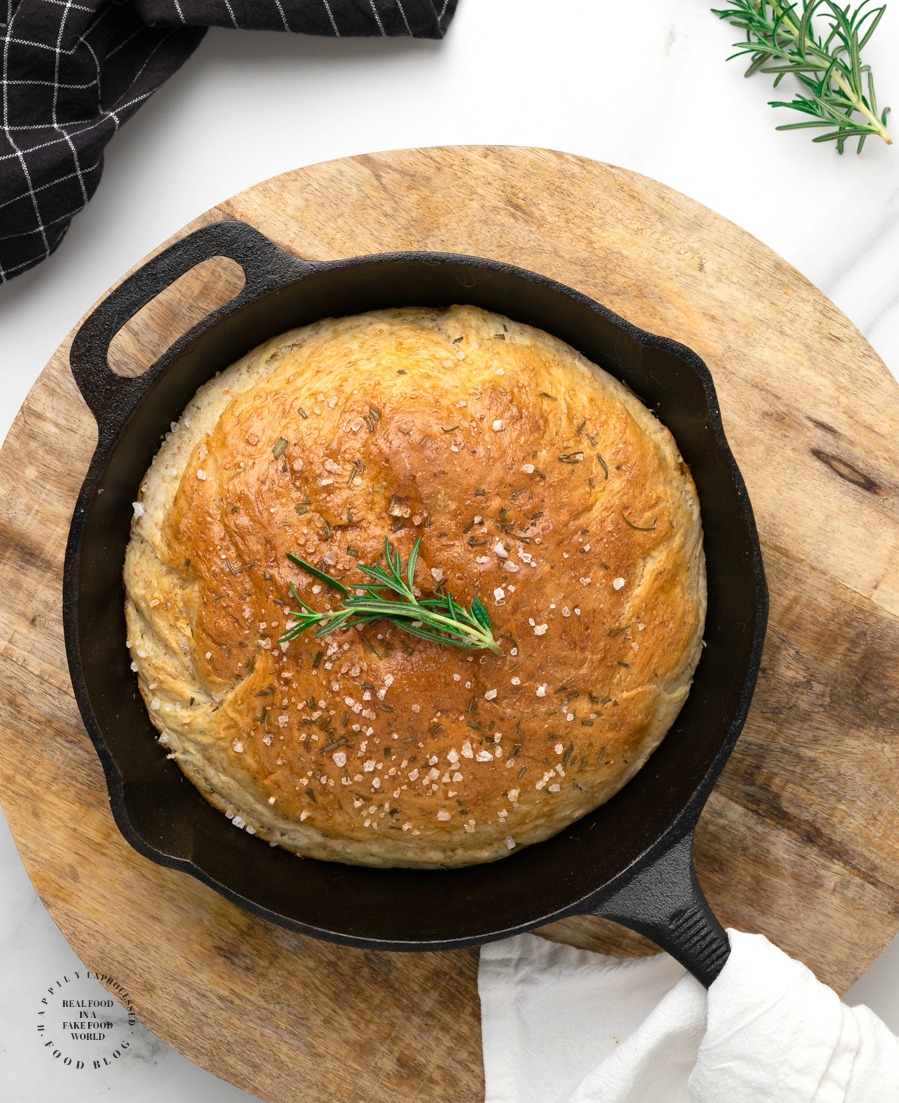 Yeast are living organisms, sitting dormant when dried.  They are rehydrated with warm water where the yeast starts to ferment.  Be careful not to use water that is too hot.  Yeast dies at temperature above 138°F.  The perfect temperature is between 105°-110°F.  Water higher than that will kill the yeast and your bread will not rise.

WATCH OUR VIDEO ON HOW TO MAKE THIS BREAD:

PIN IT FOR LATER!

Welcome to our newly updated website! Never did we imagine what we started in 2012 would explode into what it has become today! Thank you to all of you !!! Read More…

Our Most Popular Posts