Although the findings about the benefits of organic foods are still inconclusive, there is no doubt that eating organic food is much safer than it’s counterpart which has been sprayed with chemicals and pesticides.  Every year The Environmental Working Group (EWG) compiles an annual list of The Dirty Dozen, along with The Clean 15.  On this list are a dozen products they feel should be purchased in organic form as these items are found to contain the highest rates of pesticides.  On the other end of the spectrum is the Clean 15 which have been tested to show the least amount of residue. 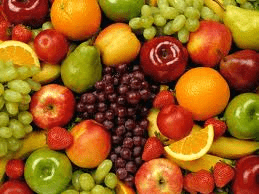 The EWG guide is based on the group’s analysis of pesticide residue testing data from the U.S. Department of Agriculture (USDA) and the U.S. Food and Drug Administration (FDA). They analyze the Department of Agriculture’s data about pesticide residue and ranks foods based on how much or how little pesticides they have on them.  They estimate that people can reduce their exposure by as much as 80% if they switch to organic when buying these 12 foods.

Now with all that mumbo jumbo out of the way, let’s get to the worst culprits … apples, once again at the top of the list 2 years in a row.

Now please don’t take this list to mean organic or nothing!  That simply is not the case,  The EWG (and we) promote eating conventional fresh fruits and vegetables over nothing at all!  Not everyone can afford to eat all organic foods and I get that.  They are higher in cost and families on a budget simply cannot afford all organic fruits and vegetables all the time.  If however, you are looking into going organic this list would be the place to start.  Start slowly if you must and start with the Dirty Dozen.

Also take advantage of your fresh farmer’s market ~ they may not always be certified organic, but you can ask the farmer directly what (if any) chemicals he uses on his farm.  I’d much rather buy local and fresh.  Even if the produce has a few pesticides they are far better than conventional produce found in your supermarket that has been sprayed, picked before it’s ripe and then shipped 1500 miles to get to the supermarket.  Fresh is Best!

Be sure to check out this link “What is Organic?” to shed some more light on what goes into making a product organic.