I see a lot of people in the supermarket choosing the baked potato chips over the regular chips.  And I have to admit I was one of those people.  I thought if it was baked it has to be better than fried, right?

Well unfortunately neither of them are good for you, but the baked version may just be worse.

Let’s take a look at both brands.  They are both from Lays.  Let’s start with the regular chips: 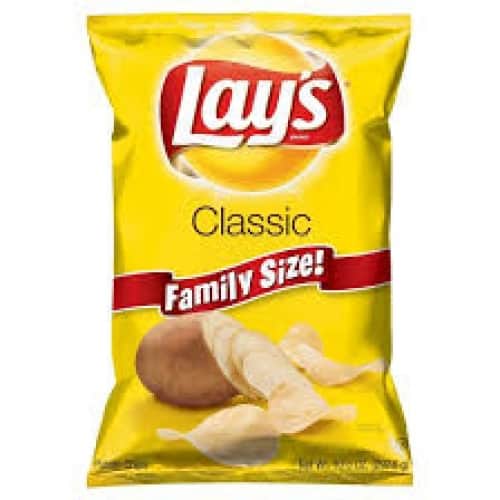 The bad thing about Canola oil is it is generally inexpensive to make as opposed to olive oil and therefore used more in your low end restaurants and fast food chains (along with corn oil).  The making of the oil is the real problem. In order to extract the oil it involves a high temperature mechanical pressing and a solvent ~ Hexane.  (Be sure to click on the link, I won’t ruin the surprise for you).  And if the hexane weren’t bad enough then the oil gets bleached, deodorized and degummed, again at very high temperatures.  Here is an article written by Mike Adams about how Canola Oil is used as a key ingredient in pesticides!  I’ve said it before and it bears repeating “Avoid Canola oil at all costs”.

So now that regular chips aren’t as appealing anymore, let’s look at the baked kind: 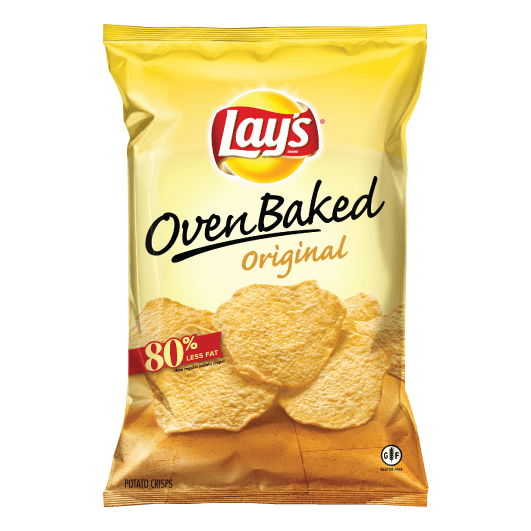 Corn oil – corn oil comes from genetically modified corn!  It also contains more harmful saturated fat than any of the other oils, therefore making it the least healthy choice.  The International Journal of Biological Science states “consuming genetically modified corn can lead to toxicity in the liver, kidneys, spleen organs in rats”.  The study indicates that the level of toxicity is directly related to how much is consumed.  So in other words, the more McDonald’s french fries you’re consuming the greater your risk.

Dextrose – the primary ingredient is making dextrose is corn, again a GMO

Natural flavors -Most flavorings are an imitation of the flavor.  There are people in white lab coats in sterile labs making your food.  Their job is identifying the flavors in a food and basically re creating it with chemicals.  There are anywhere from 5 to 50 ingredients used when creating a flavor.  I don’t like when it just says “natural flavors”.  What flavors?  How MANY flavors?  How MUCH?

Torula yeast – I have to admit I was stumped on this one.  I’d never heard of torula yeast and now that I’ve done some research you may not want to have heard of it either.  Ready?  According to Wikipedia, “torula yeast  is widely used as a flavouring in processed foods and pet foods. It is produced from wood sugars, as a byproduct of paper production. It is pasteurized and spray-dried to produce a fine, light grayish-brown powder with a slightly yeasty odor and gentle, slightly meaty taste.  Torula finds accepted use in Europe and California for the organic control of olive flies.”  Now isn’t that something you just want to chew on?????   It just gets better and better.

What should you do instead?

You can try making your own chips at home.  While I have had great results making homemade potato chips in the microwave (yes microwave) they can be time consuming and you can only make one plate at a time.

They are super easy to do though and a great project for you and the kids.  Slice a potato super thin using a mandolin.

Put them in a bowl with a little olive oil, some salt if you want and give them a little stir with your hands.  Arrange them on a plate without letting any of them touch each other and microwave for 3-5 min.