Homemade soft Naan bread is easier to make than you may think and is simply irresistible when its warm and freshly made.  It is perfect to scoop hummus, open it up for a pita pocket or tear it off to make a little wrap with some chicken. 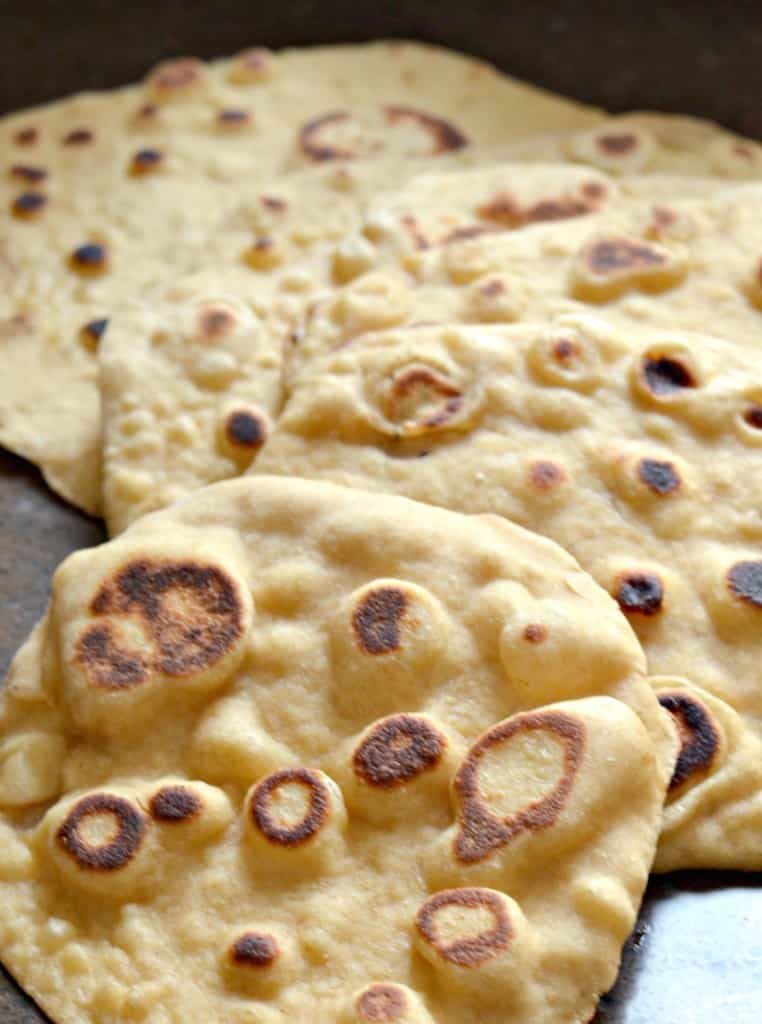 Growing up in New York, I never really experienced Indian food which sounds ridiculous even as I say it because where else in the country are you exposed to every type of food the world has to offer?

However, it’s true.  As a kid I didn’t put much thought into the little flat bread or its origination.  Even though we can find Naan in every American supermarket its history is traced back to Indian roots.  Naan meaning bread in Persian.

And even though we can find it readily available everywhere, there is no comparison between store bought Naan and homemade.

Our Chicken Tikka Masala recipe would not be complete with the addition of warm Naan bread to scoop up the chicken and it’s delicious sauce.

HOW TO MAKE HOMEMADE NAAN BREAD

Making bread is not hard especially if you have a Stand Mixer.  It does all the work for you, really.  You just keep slowly adding flour until the dough no longer sticks to the sides and forms a nice ball.

Take the soft dough out and put it in an oiled bowl, cover it with a towel and let it rise for about an hour. 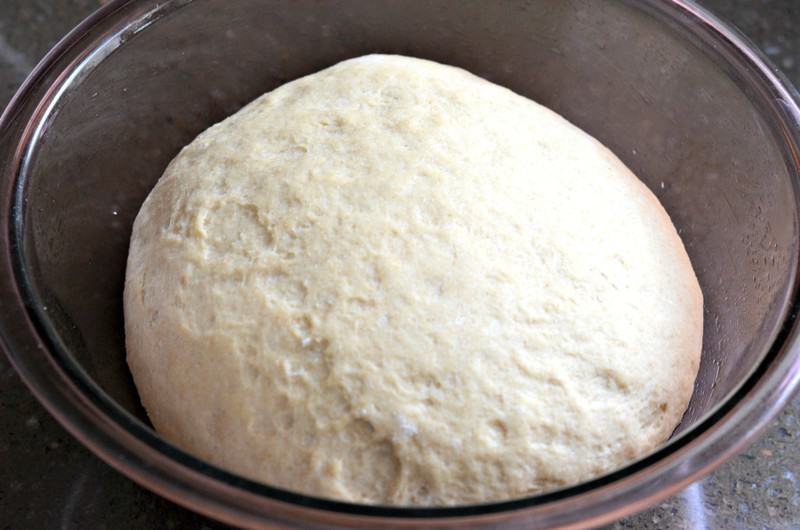 And then the fun begins!  Roll the dough out into a large circle and cut it into 8 slices, like a pie. 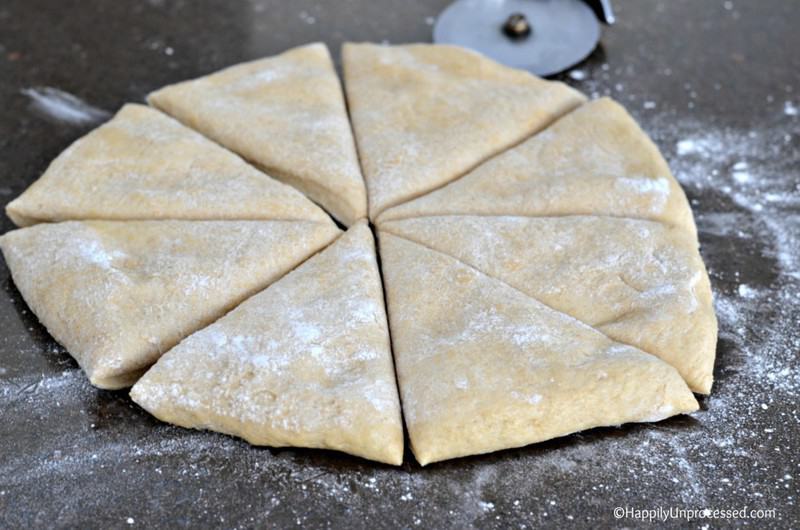 And then roll out each of those to about ¼″ thickness. 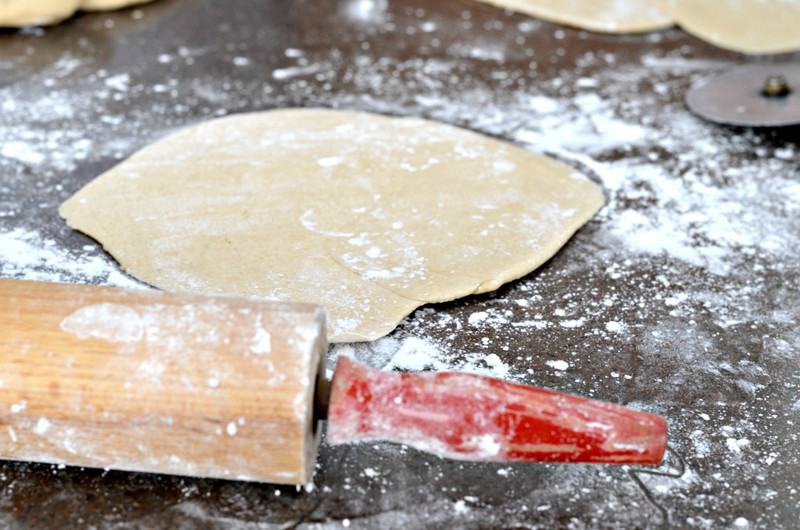 I’ve made both BIG and small Naan bread with this recipe.  This makes a large piece of bread, so I cut the dough in half again and made smaller ones too.

For a little flavor, try brushing them with a little garlic infused butter before cooking them.  They cook quite quickly, only a minute or so on each side until you see those lovely brown bubbles form. 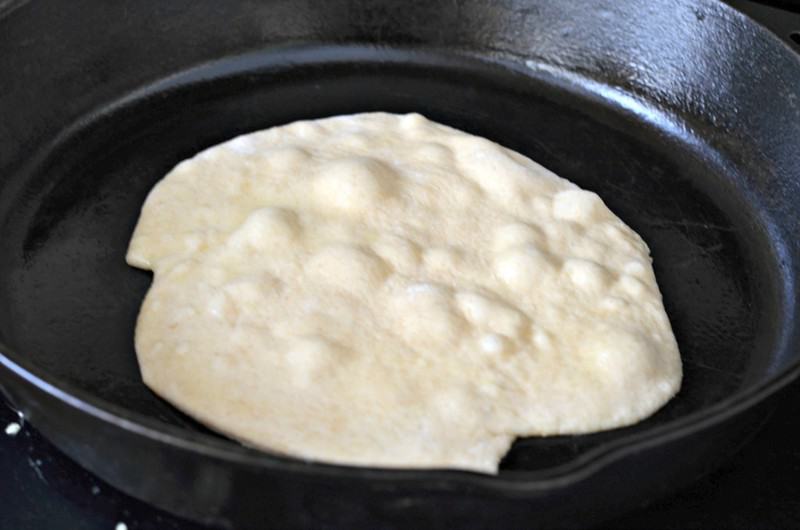 I highly recommend using a cast iron skillet, as traditional Naan requires a scorching hot Tandoori oven which I am assuming you do not have.  So the next best thing would be cast iron as it too can get very hot.

And there you have it. 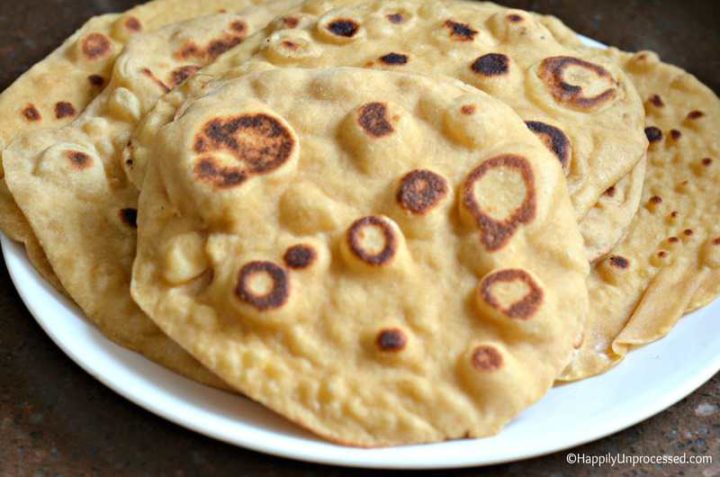 Homemade soft Naan bread is easier to make than you may think and is simply irresistible when its warm and freshly made. It is perfect to scoop hummus, open it up for a pita pocket or tear it off to make a little wrap with some chicken.

To brush on top while cooking:

Recipe Source:  HappilyUnprocessed.com
I used all organic ingredients when making this recipe and hope you do too! 🙂