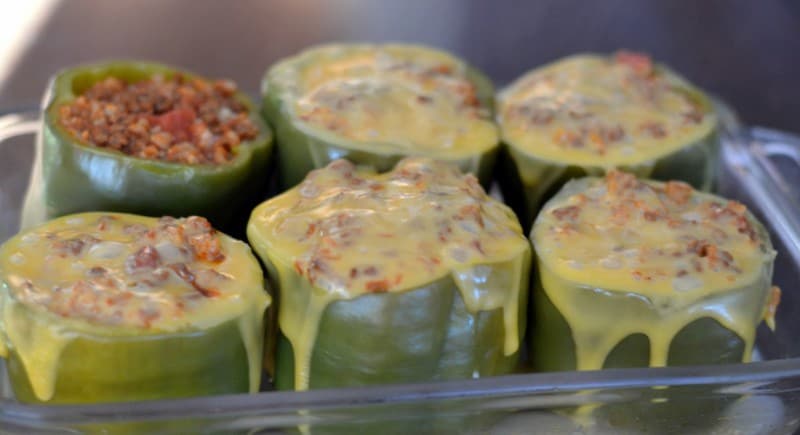 If there’s ever a food that makes me hum as I’m eating it … stuffed peppers would be it!

But not just ANY stuffed peppers.  It’s THESE stuffed peppers.  My Mom used to make these growing up.  She never prepared the peppers like parboiling them.  They steam in the oven and come out perfectly every single time!

Green peppers, in case you were wondering, are not hot at all.  There is no heat in a green pepper.  After they’ve been cooked and you take a bite, moisture actually comes from the pepper itself.  They get that juicy!!  Then, add the wonderful combination of the beef and sausage and the cheese oozing down into the meat …. heaven!  Pure H-E-A-V-E-N!

As you can plainly see one stuffed pepper is cheeseless.  That would be my daughter.  She doesn’t eat the cheese or the pepper, she just eats the middle.  But whatever works I say, right?

Here’s how I make mine:

Cook the ground beef, onion and sausage until it’s browned.  Add the rice, diced tomatoes and sauce.  Here is my recipe the homemade sauce that I used in this recipe. 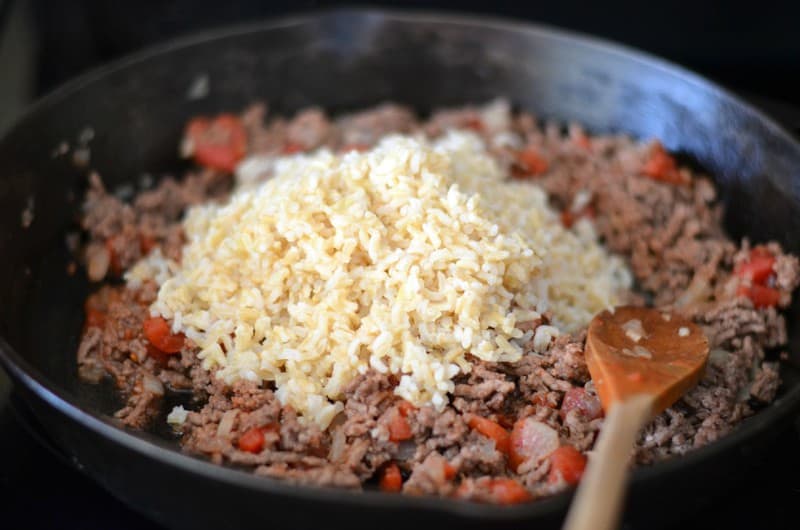 Cut off the tops of the peppers and deseed them.  Get your assembly line ready with the yummy gooey cheese. 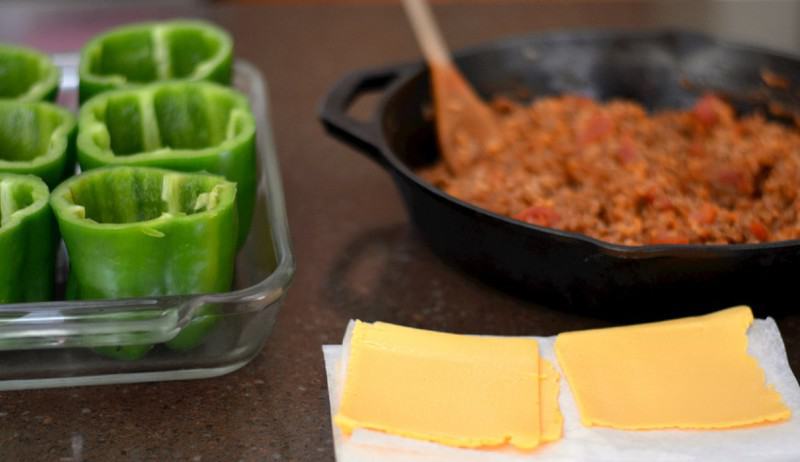 Fold a slice of cheese into 4s and put it in the bottom of the pepper. 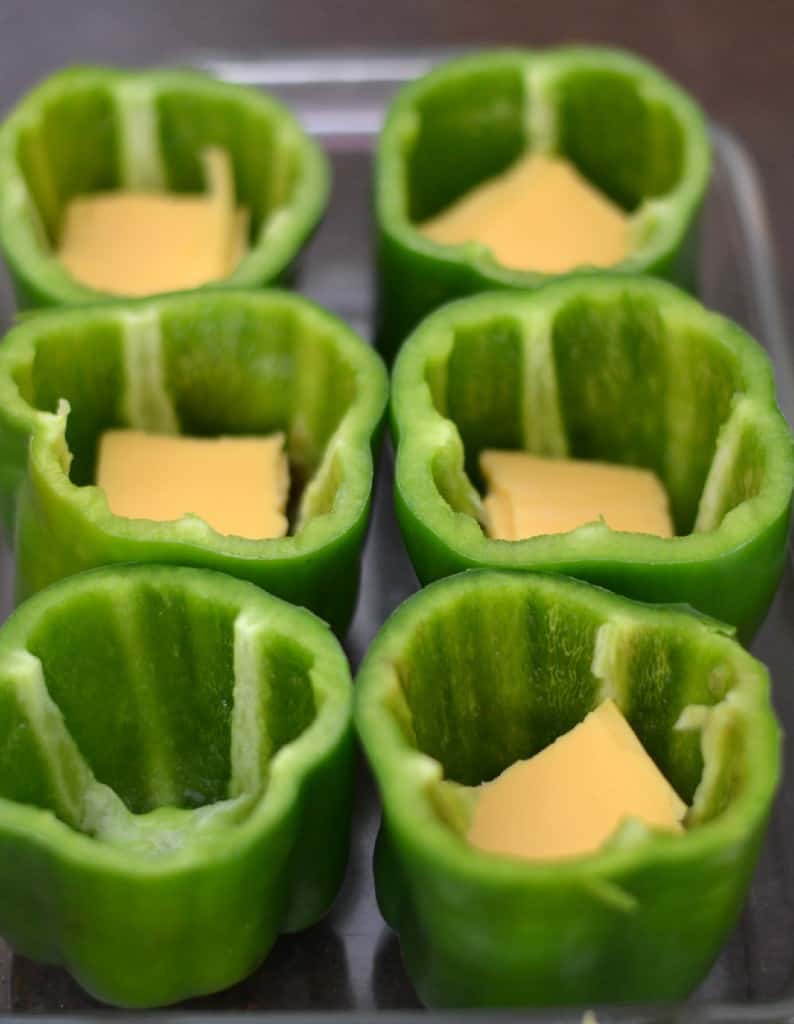 Then stuff those babies with the ground beef mixture.  Push it down, pack it good! 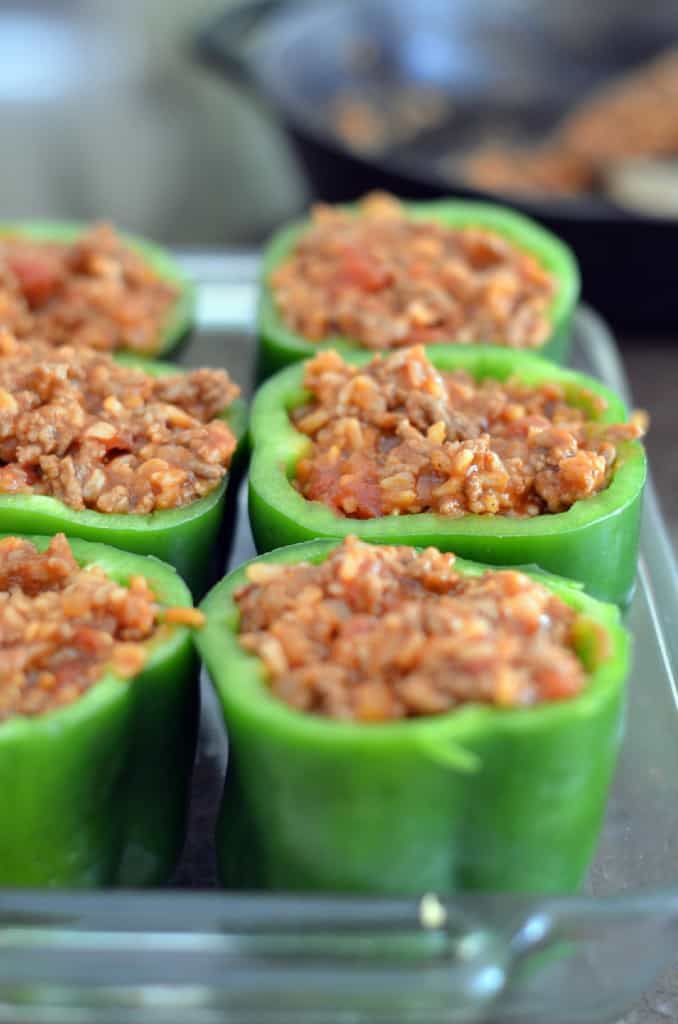 Now here’s the secret … you want your peppers to STEAM, that’s what gets them nice and soft and juicy when you bite into them!  So put your pan into the oven and add about a cup of boiling water to it.   Can you see the water in the bottom?  If you look closely you can see it. 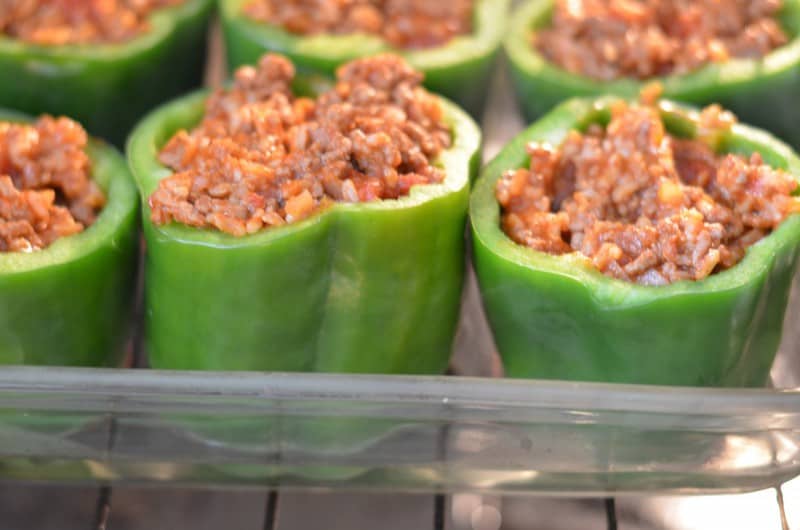 Now cover them tightly with foil. 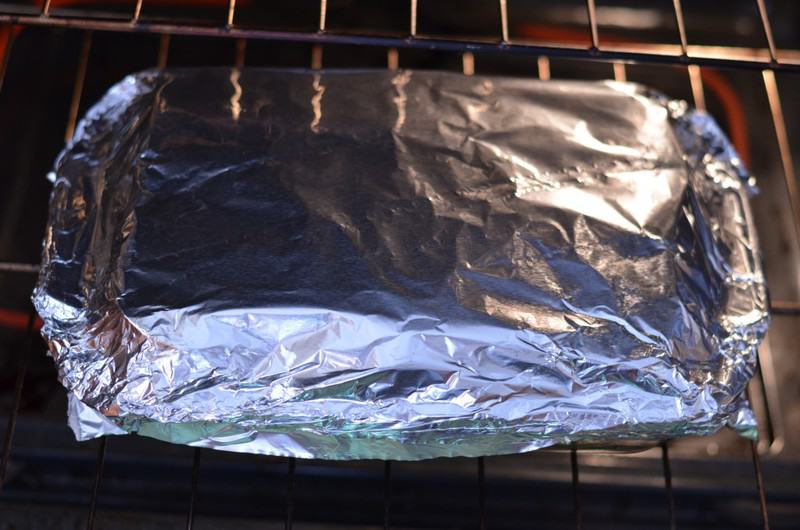 And bake them for about 25-30 minutes or until you can insert a knife into them easily.   Take the foil off and add the cheese at the last minute and let it melt just before serving. 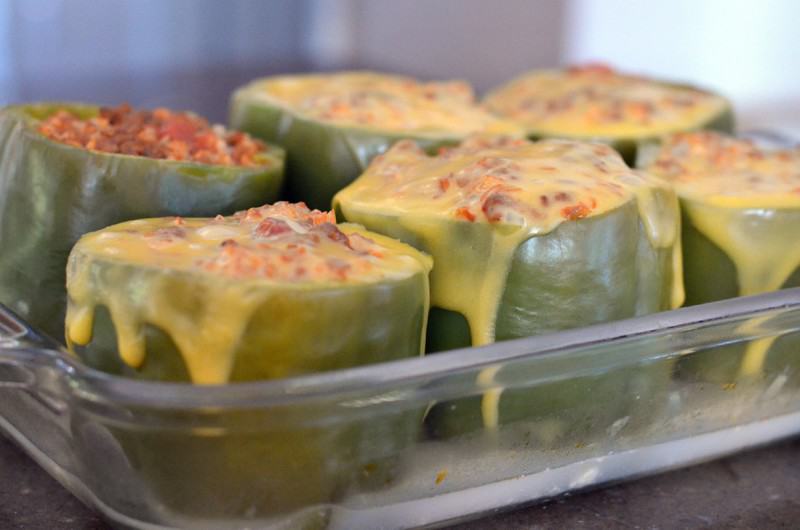 Now tell me you don’t want to dig right into that !!!! 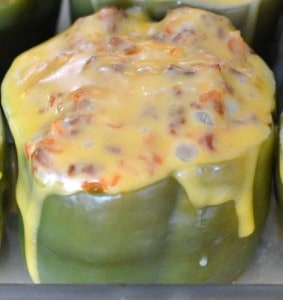 FOR THE GROUND BEEF:

Recipe Source:  HappilyUnprocessed.com
I use all organic ingredients whenever possible, and hope you do too!  🙂