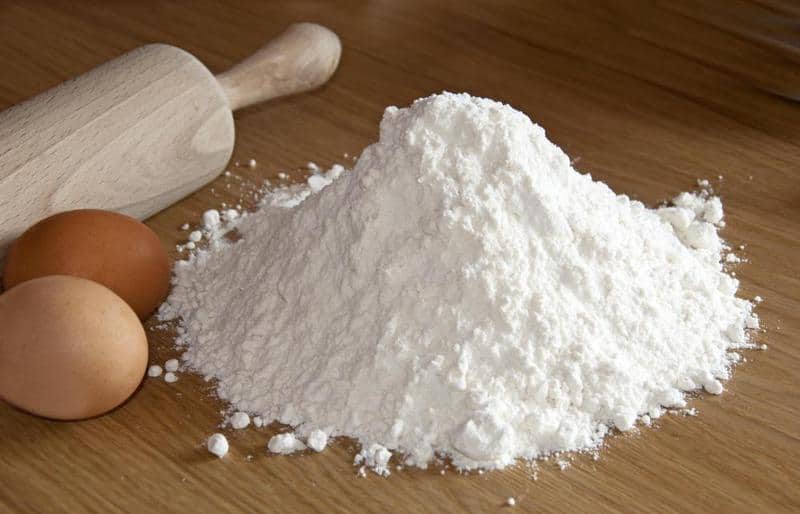 To be totally honest, when I first began this website and was in the ‘fact finding’ portion of it, I really didn’t get what all the fuss was about regarding flours.  I just steering away from ‘white’ products.  But that was with the basic understanding that there were better choices out there.

What I DIDN’T know, however, was how truly harmful stripped white products actually were to me and my family!

I decided to dive a little deeper into this subject, and with all the different types of flours out there it’s no wonder people get confused.

Q – What are the different types of flours?

Let’s start with the one most familiar to everyone.  The all purpose white flour.  All Purpose flour is most commonly used in making cookies, cakes, muffins, and biscuits.

This type of flour comes bleached and unbleached. 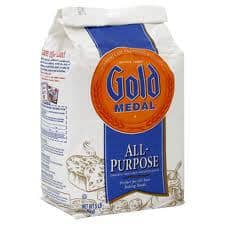 So let’s break this down… white flour is made from whole wheat grains.  A whole grain of wheat has three layers.

The bran is where you’ll find most of the fiber.

The germ is the nutrient dense embryo that will sprout into a new wheat plant.

And the endosperm is the largest part of the grain.

White flour is made from the endosperm only.  Old stone mills used to grind flour slowly, but today’s methods are mass produced and much faster.  Even most of your whole wheat flour has lost a lot of nutrients due to this type of processing.  They start by peeling off the husk and bran and crushing the grain.  The husk and bran are the most nutritious parts. Refining food destroys nutrients.  What’s remaining are pure carbohydrates or a form of sugar.  For a more in depth look at the history of bleaching flour and Pilsbury visit Mercola’s site for a nice review.  But for now we’ll move on.

Q – So how does the flour become bleached?

Bleached flour, as you may have guessed, is whiter than the unbleached flour.  But how did it get that way?  Well when flour is chemically bleached, it is similar to bleaching your clothes in the laundry!!!  Flour bleaching agents are a food additive added to flour in order to make it appear whiter (source Wikipedia).  A few of these toxic chemical bleaching agents used are:

Use of chlorine bromates and peroxides is not allowed in the European Union!

In Australia and Europe the use of azodicarbonamide as a food additive is not approved! (Source: Wikipedia.org)  *The United States permits the use of azodicarbonamide at levels up to 45 parts per  million (ppm).   If other countries have seen the dangers in these toxic chemicals and banned them from use why won’t the United States follow suit??   This brings us to bromated flour …

Q – What is bromated flour?

Besides bleaching the flour another process is called bromating. Bromated flour is a flour that has been treated with potassium bromate to improve the doughs elasticity and produce a higher rise.  Nearly all the flour in your supermarket has been bromated.  Commercial bakers use it for it’s dependable rise.

Home bakers use it for the same reasons.  The substance, in theory, is supposed to bake out as it cooks, but if any remains behind it can be very harmful.  Did you know bromate is considered a category 2B carcinogen (possibly carcinogenic to humans) by the International Agency for Research on Cancer (IARC)?

According to Wikipedia, bromate in drinking water is undesirable because it is a suspected human carcinogen.  And as a matter of fact, its presence in Coca Cola’s Dansani bottled water forced an embarrassing recall of their water in the UK (click here to read that story)!

Bromate has been banned in most developed countries since 1994, including the UK and Canada!   In addition, in 1991, California declared bromate a carcinogen under the state’s Proposition 65.  Baked goods sold in California would have to bear a store level cancer warning if they contained more than a certain level of bromate.

As a result, most California bakers have switched to bromate-free process.  In the US bromated flour is legal, however labeling is NOT required, although some states may require flour producers to label the flour if it has been bromated.

Q – What should I look for?

Your best bet is to find a bakery that doesn’t use bromated flours.  I found one within 5 miles of my house in our wonderful downtown .  After a chat with the owner I was pleased to hear that their bread takes THREE DAYS to rise and it’s wonderful!!

Q- Where can I find non bromated flour?

Non bromated flours can be found pretty readily in most supermarkets.  My go to is from Bob Mills.