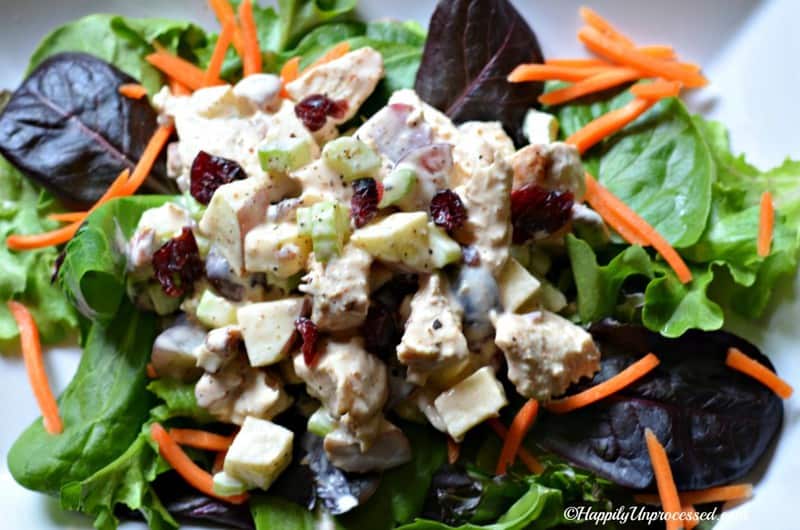 This chicken salad has had a makeover.  I’ve had a recipe for chicken salad for close to 15 years now.  It used full fat mayonnaise with just celery and apple.  So I wanted to try something that would omit the mayo and maybe add a few more ingredients to bulk it up.

I’ve seen recipes for chicken salad that used Greek yogurt so I tried that and I didn’t care for it.  I thought it was too tart.

So I decided to add just a touch of mayo to it and see if it would help.  It did but it still wasn’t quite right.  So then I added a little lemon juice to it.

And we were getting somewhere…the mayo cut the tartness of the yogurt and the lemon juice balanced them both.  Paprika, garlic powder and salt and pepper were added for some flavor also. 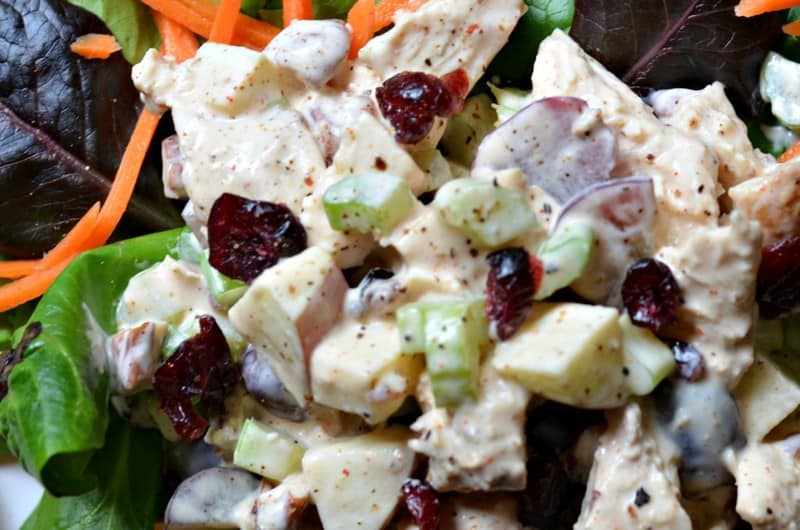 Next I wanted to bulk the salad up a little bit, but not too much that the chicken got lost.

I started with celery and apple which my last recipe called for.  Then I had to add pecans because I just love them and somehow red onion and grapes ended up in the bowl too!

I only added ¼ cup of dried cranberries because they are VERY high in sugar, something we are trying to avoid.  But just a few will add a nice sweetness to the chicken salad.  Just don’t go overboard.

I chose to have this Greek Yogurt Chicken Salad over a bed of mixed greens with a little shredded carrot added to it.  But it goes REALLY well on a fresh bakery roll for a nice summer lunch!

Recipe Source:  HappilyUnprocessed.com
I used all organic ingredients when making this recipe, and hope you do too!  🙂