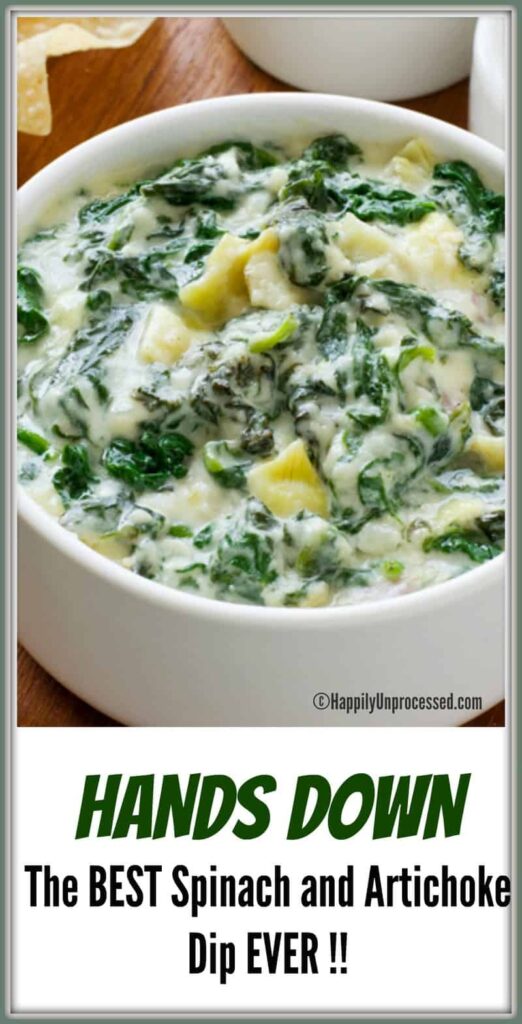 My friend makes this Spinach Artichoke dip quite often when we go over their house.  He has made it so often that he doesn’t have a recipe, it’s just in his head.

I’ve never considered myself a Spinach and Artichoke dip ‘fan’, per se, specifically the artichoke portion of it … but as I sat at their kitchen island and watched him make it, I knew I had to try it.

I watched and memorized (or so I thought) what he was doing.  It was amazingly good! I think I ate most of it.  I had to consciously stop myself by walking away.

I came up with the bright idea of making this Spinach and Artichoke Dip the next time friends came over.  I tried to recall what he did, it wasn’t that hard.  I grabbed all the ingredients and hit the kitchen.

So I tried unsuccessfully time and time again, until I finally gave up last summer.

You know when something is so good it just kind of lingers in your mind?  That’s what this dip did to me.  So I decided to refer to my faithful standby, The Food Network.   I studied the ingredients from …. oh about 15 recipes until I landed on one from Emeril Lagasse. 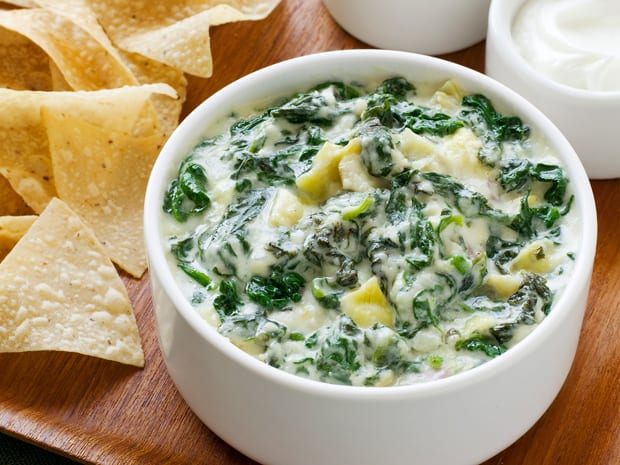 Now I will tell you before hand, what makes Emerils Spinach and Artichoke Dip EXTRAORDINARILY better than others is the BLEND of cheeses.   If you choose to omit one, cut back on one, add another one, it will NOT be the same.

I hope you enjoy it and please don’t forget to leave us a comment!  🙂

Recipe Adapted from:  Emeril Lagasse, Food Network
I used all organic ingredients when making this recipe, and hope you do too!  🙂