French onion soup is a bistro classic. But it only takes a handful of simple ingredients and some time to make up this deeply flavorful onion soup that has been topped with fresh bread and smothered in melted cheese. 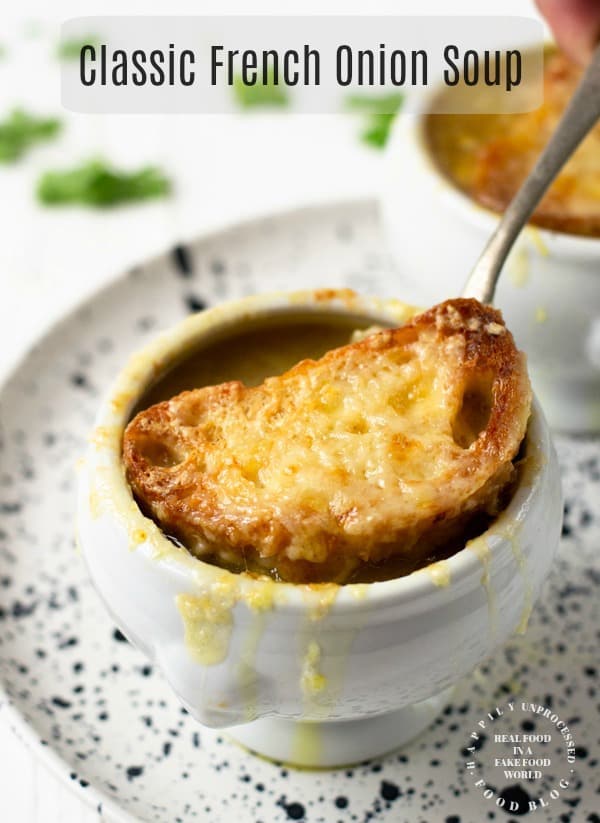 Do you know what happens when onions that have been sautéed so slowly they become this deep dark caramelization then get paired up with a rich beef broth and then get topped with bread and cheese?

You get the simplest, classical and most deeply flavorful soups known to man.

French Onion Soup takes onion lovers to an epic level that only an onion lover can truly appreciate.

If you’ve only eaten French onion soup in restaurants, you’ll be shocked at how easy it is to make in your own kitchen and you will want to make it over and oven again.

It really is the simplest of soups to make and one of the most rewarding.  But first we need to discuss the star ingredient ….. the onion.

HOW TO CUT THE ONIONS: 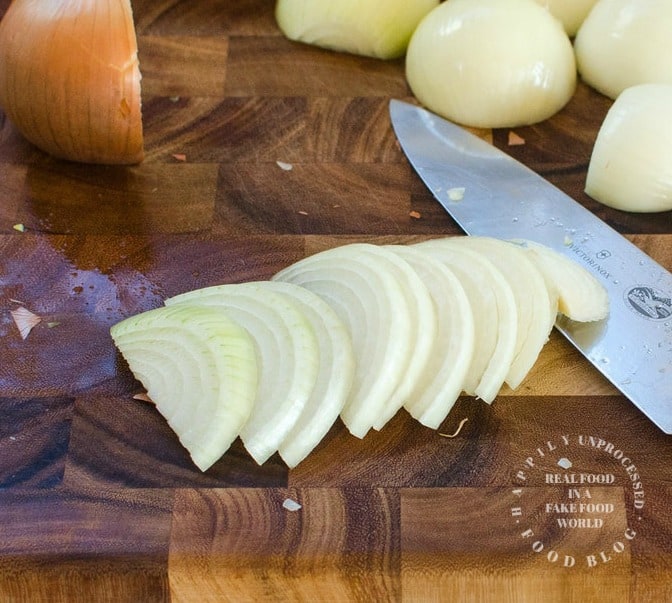 If you are more of a visual learner, there is a great video from Rachel Ray that shows how to cut an onion, which coincidentally is exactly how I cut an onion too. 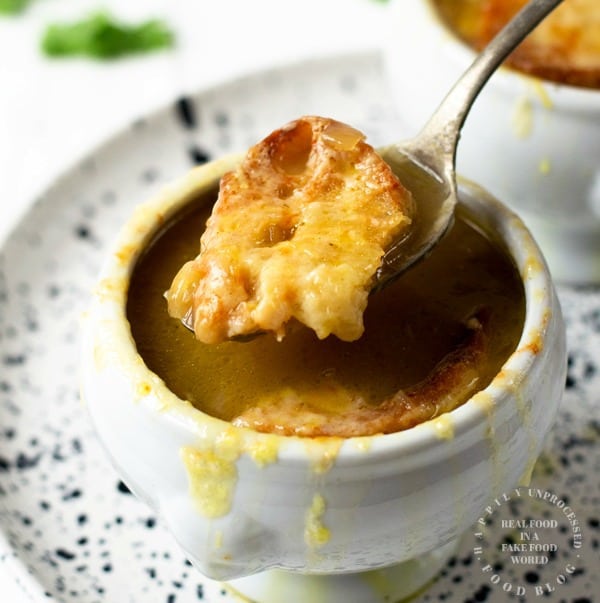 Having company or a party?  Not a problem.

This French onion soup is known for it’s ability to hold up and keep it’s flavor.  You can make this soup ahead of time if you are having guests over and then just ladle it into a bowl, top it with crispy bread and cheese and your 1st course is served!

French onion soup is a bistro classic. But it only takes a handful of simple ingredients and some time to make up this deeply flavorful onion soup that has been topped with fresh bread and smothered in melted cheese.

Like this recipe?  Want more soup ideas?  Then check out my Pinterest Soup board for more inspiration!