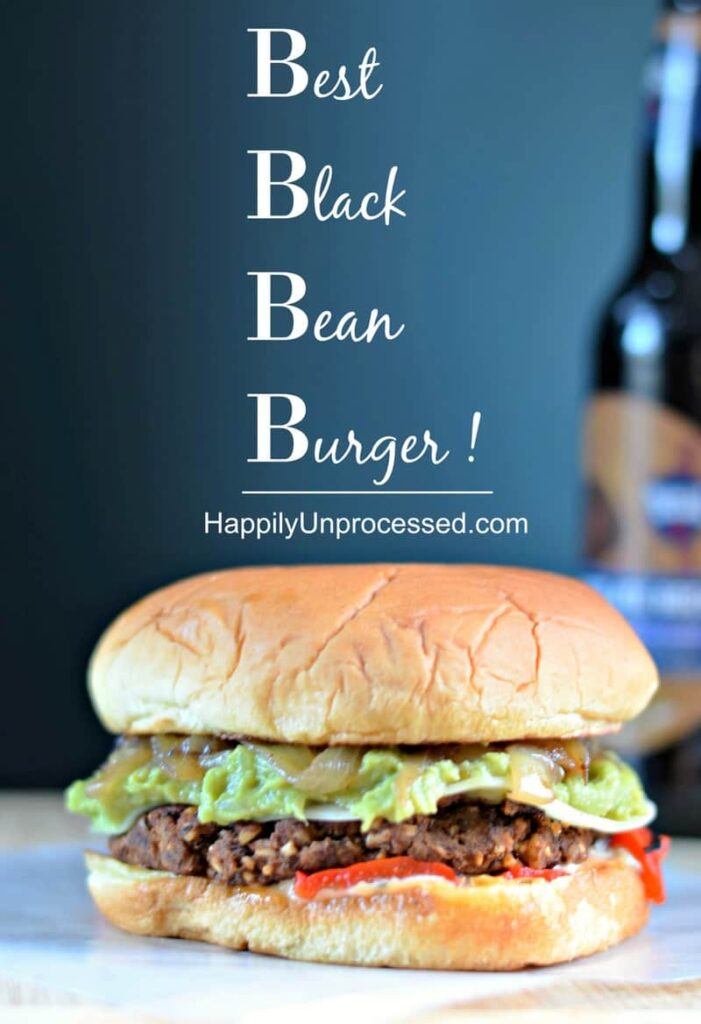 I made the mistake of buying a very LARGE pack of Black Bean Burgers from Costco recently.

I say mistake because they were the most flavorless things I’ve ever tasted.  Not to mention they completely fell apart … and I mean COMPLETELY.  They were totally inedible.  I couldn’t even pick up the pieces with a fork.

And since I didn’t feel like licking the back of a fork and smashing the crumbs in order to get some nutrition in me I set out to make them myself.

I’ve had enough bean burgers to know what a GREAT bean burger should consist of and the frozen ones just don’t cut it – Sorry Costco.

A black bean burger has to:

These bean burgers were so delicious it took me by surprise to be honest.  The only thing I didn’t like was that I made them too thin.  I reflected that in the recipe instructions.  They could have been at least TWICE as thick.  I’ll update the picture next time I make them, but I just wanted to get this recipe to you as soon as I could.

I wanted to show you this picture so you can at least see the texture of the burgers.   ¾ of the beans and onions, etc. get swirled around in the food processor and then the other ¼ get added at the end for just a half a swirl.  That way there is a nice blend of textures and the burger isn’t all mush.

Another fyi in case you’ve never had or made bean burgers, they don’t shrink up like ground beef does.  They will stay the same size so be sure to make them as thick as you want them to end up being.

I also didn’t want to get caught up in the egg/breadcrumb situation.  I’m trying to make more recipes and meals that do not contain animal so for those of you who have dairy issues, you’ll be happy to know these burgers are DAIRY FREE, GLUTEN FREE (omit the bun of course), SOY FREE, VEGETARIAN AND VEGAN.

I personally think deep brown caramelized onions and black bean burgers go together beautifully!  So if you have the time I HIGHLY recommend topping your burger with them.  I also added roasted red peppers, guacamole and a spicy garlic aioli sauce …..
SERIOUSLY one of the best burgers I’ve ever had !

Recipe Source:  HappilyUnprocessed.com
I used all organic ingredients wherever possible when making this recipe, and hope you do too!  🙂