Crispy golden hash browns wrap an omelet with onions, peppers, broccoli and cheese and then it is folded over for a crispy crunchy outside and a tender hot cheesy inside. 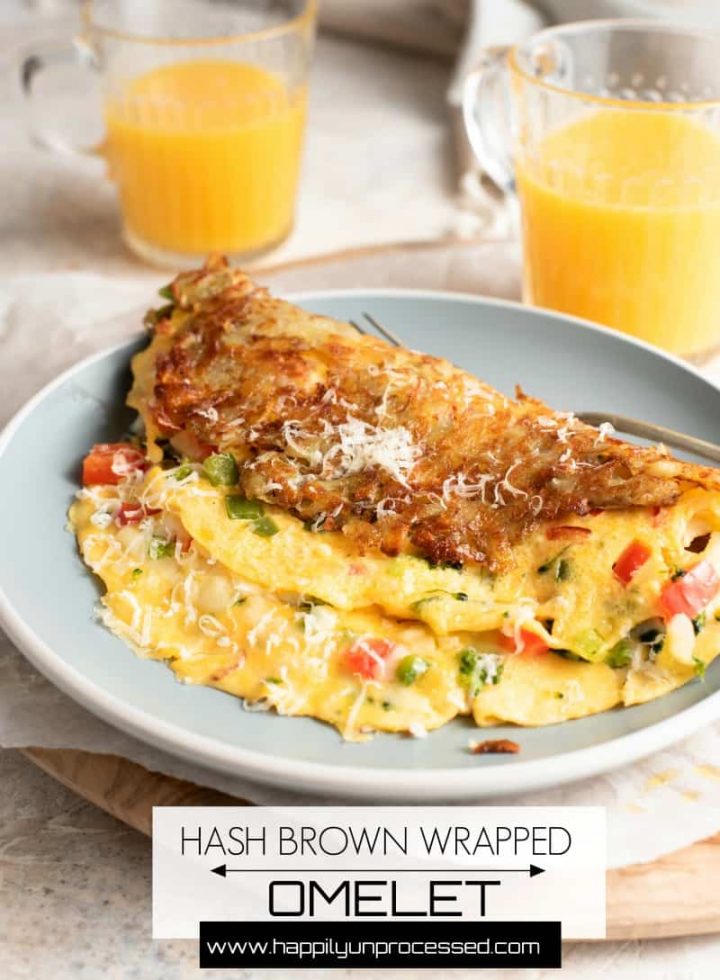 I was bored the other day and when I am bored I tend to cook.

I make eggs almost everyday for at least 1 person in this house and then I usually make hash browns alongside it.   Well the problem with this is there’s never enough room on the plate for starters. The eggs almost always end up on top of the hash browns and my son cuts everything up and mixes it with his fork into a jumbled hot mess on his plate.

So then it occurred to me, why can’t I wrap the omelet inside the hash browns? It’s super simple to do and for whatever reason it has become a HUGE hit in my house. It’s like I invented a new food or something.

I begin by making my omelet using only 1 egg.  If you try to use 2 eggs the hash browns won’t fold over.  I add some onions, peppers and broccoli.  You can add whatever you like.  Once it’s done I remove it to a plate and shred a medium sized potato and cook that until it’s nice a crispy.  The great thing is your pan is already nice and hot so the potatoes get extra crispy.

I then bring the omelet back and place it on top of the hash browns, fold ’em over and give ’em a little pat.

I really don’t know why I didn’t think of this sooner.

FOR A MEXICAN OMELET:

FOR A DENVER OMELET: 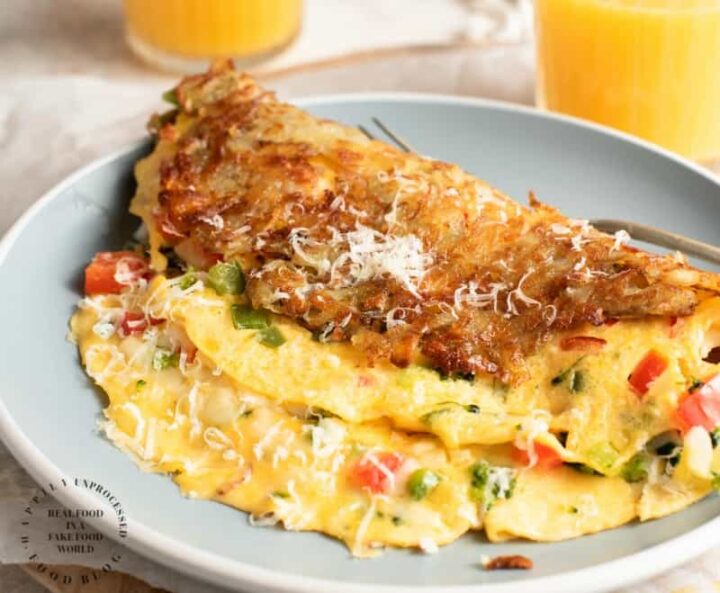 Crispy golden hash browns wrap a cooked omelet with onions, peppers, broccoli and cheese then it is folded over for a crispy crunchy outside and a tender hot gooey inside.