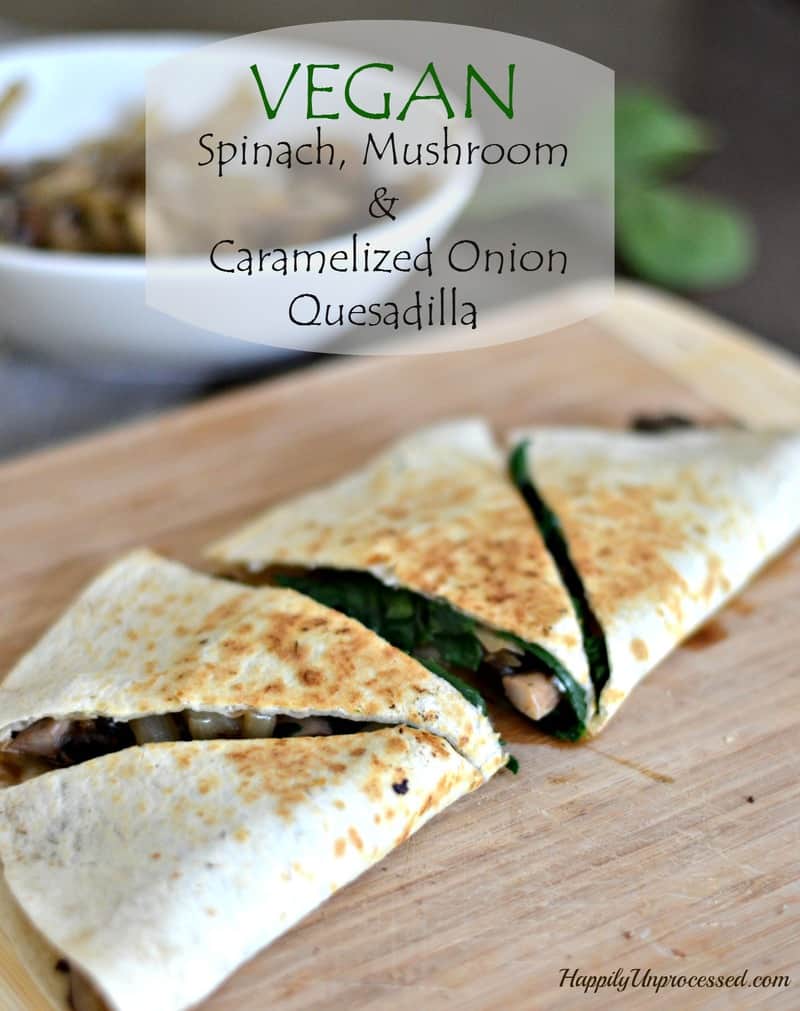 Boy that title’s a mouthful, isn’t it?  Just wait … it gets longer because I ADDED something after I made this and took pictures!

I was searching for a vegan type taco or quesadilla recipe the other day and kept finding ones with vegetables, like butternut squash and black beans.  And while that sounds good too I was really looking for something more maybe fajita like with onions.

I don’t know … but whatever it was I was looking for, constantly had cheese and sour cream and I didn’t want that since I’m trying to eat more plant based.  I couldn’t find what I was looking for and ended down the rabbit hole for 2 hours… so I came up with my own.

I started by sautéing about 3 large yellow onions in a little olive oil.   In order for the onions to caramelize they need to be cooked over a very low flame for approximately 30-40 minutes.  So this takes a little time.

About 30 minutes in, I added some white button mushrooms and baby bellas.  I let this cook down a little further until the mushrooms released all their liquid and were soft, another 10 minutes. 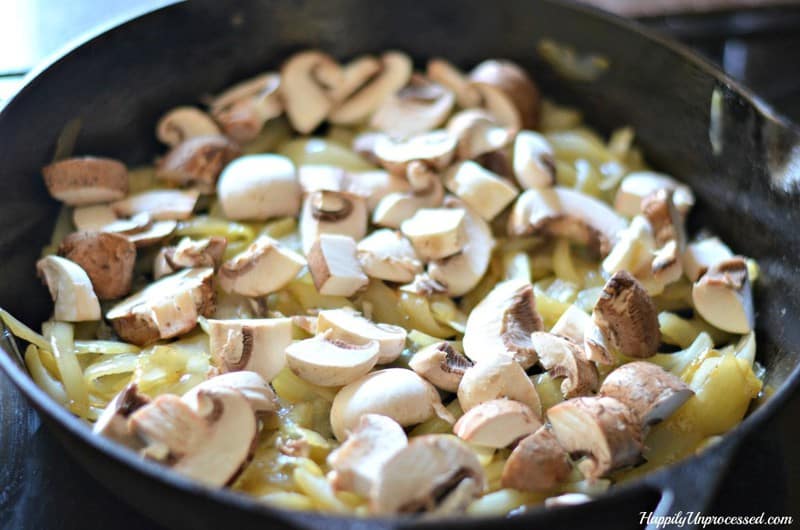 Then I took a large burrito (this was all I had) and put some spinach, mushrooms and onions only on one side and then I folded it over. 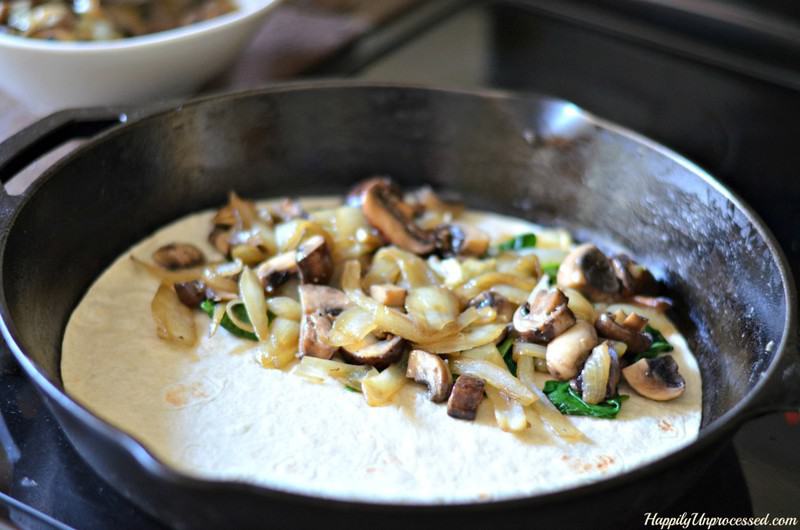 I cooked it for a minute or two to crisp up the tortilla and then flipped it. 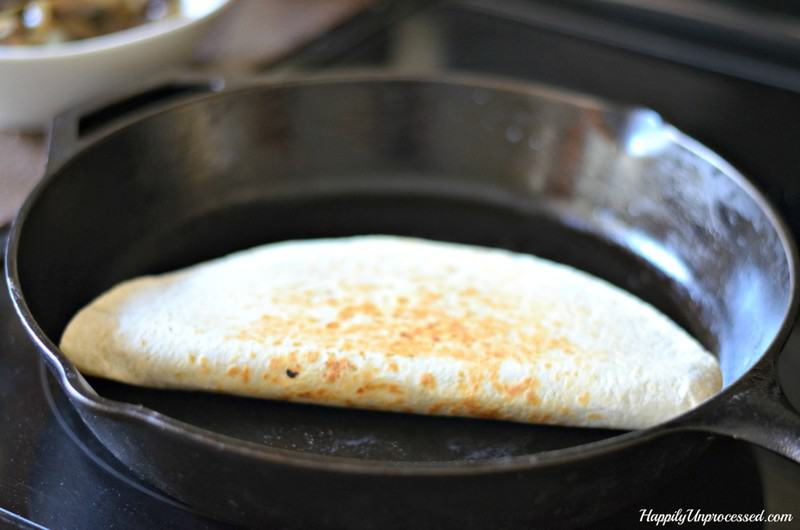 So, I decided to use some refried beans I had in the freezer and use that as my binder, then I used a SMALLER, whole wheat tortilla and it worked amazing! 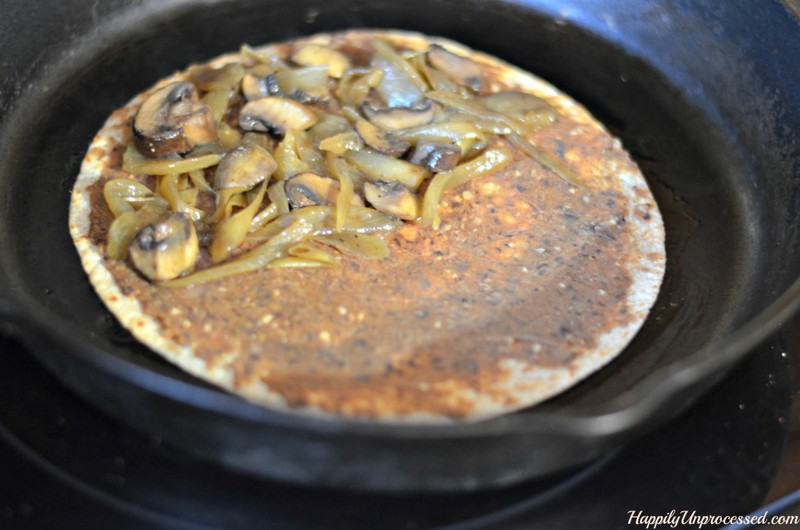 This time I didn’t use spinach though, but you can see how everything stayed inside and stuck to the refried beans. 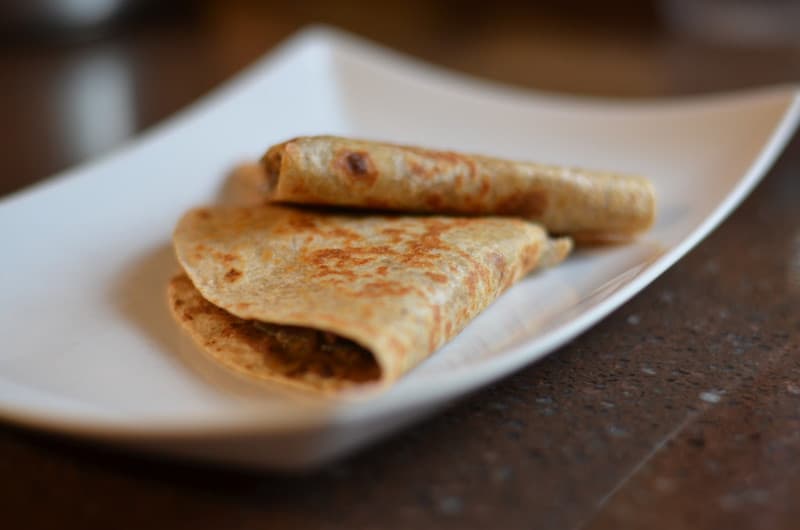 This spinach, mushroom and onion quesadilla really filled my craving for meat.  The deep caramelization of the onions along with the mushrooms always reminds me of steak and the beans filled that meat type craving.

There are enough onions and mushrooms here for several quesadillas.  Put the rest in a container and then it will take literally under 5 minutes to throw one of these together !!