Everyone knows that the Chipotle bowl just wouldn’t be the same without their signature cilantro lime rice.  Well, we’ve recreated it using brown rice which is a little better for you and it’s delicious! 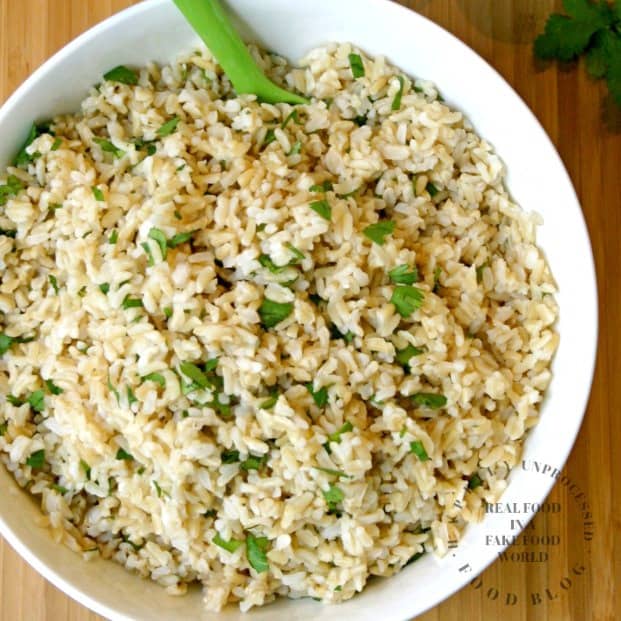 I will start this post by saying that I am NOT a fan of cilantro, and I’m pretty sure I have a large following.  There are those who either love it or hate it.   However, this cilantro lime rice is out of this world and the cilantro is what makes it so good.

So if you are one of those people who also does not like cilantro, I strongly encourage you to make this.  The rice is so light and bright from the fresh herbs and the lime juice and I promise you, the cilantro is not overpowering.

HOW TO COOK RICE SO IT’S LIGHT AND FLUFFY AND NOT WET AND MUSHY:

Again, for anyone who knows me, there are 2 things I simply cannot do.  The first is hard boil and egg and the other is cook rice so it’s even half way edible.

Along the way I learned how to make rice so it is FAILPROOF fluffy and light and cooked perfectly.  Want to know how?  It’s baked.  Yes – baked! 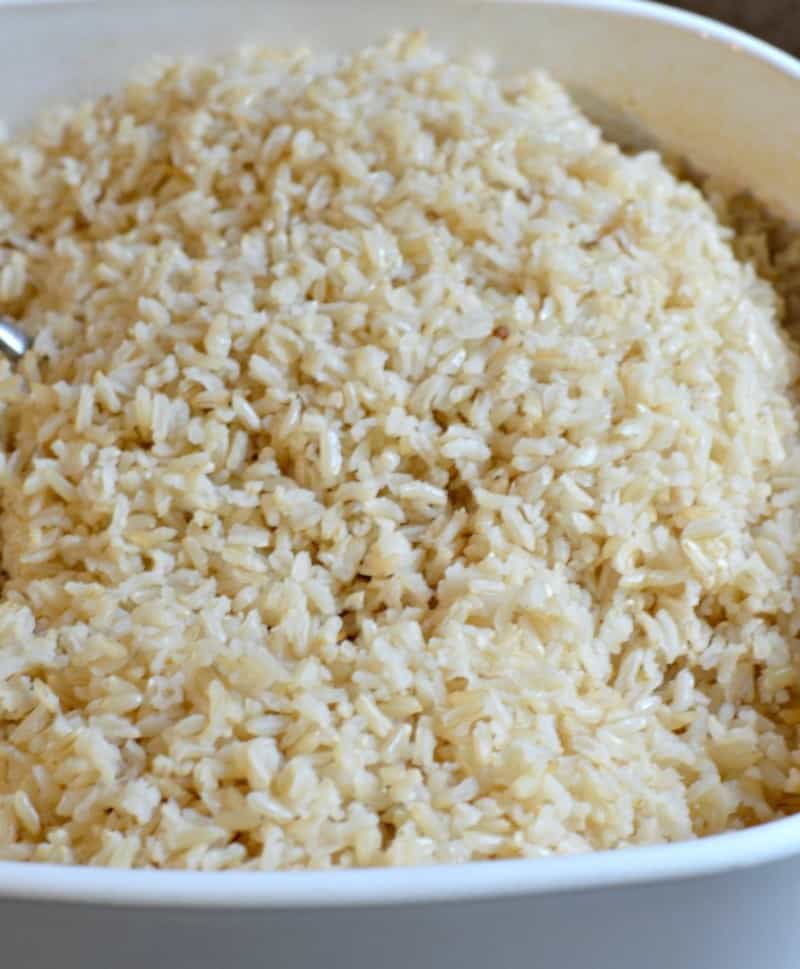 You will have perfectly cooked rice every single time if you cook it this way.  Cooking it on the stove on top of one heat source is not a good plan.  The oven provides heat that surrounds the entire baking dish and allows the rice to steam as it cooks.

This rice goes PERFECTLY with our Chipotle Chicken recipe in case you had a craving for Chipotle tonight!

A spinoff of the cilantro lime rice from Chipotle using brown rice instead of white.